12 Pacific-rim nations have agreed the largest free-trade agreement in history in Atlanta, Georgia after eight years of negotiations on Monday morning. 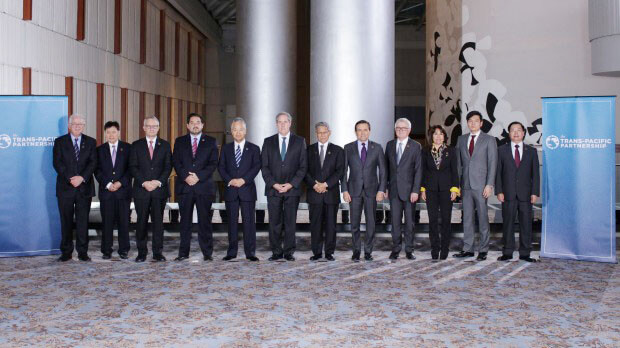 The Trans-Pacific Partnership (TPP), which covers 40% of the international economy, will clean thousands of trade taxs in the region and set general standards among signatories in labour, environment and law. The agreement sets embracing new rules for trade, investment, intellectual property, labour, data storage, state-owned enterprises and the environment across Australia, Brunei, Canada, Chile, Japan, Malaysia, Mexico, New Zealand, Peru, Singapore, the US and Vietnam.

In a deliverance of US President Barack Obama said the TPP “includes the strongest commitments on labor and the environment of any trade agreement in history, and those commitments are enforceable, unlike in past accords.” The US and other members strive for setting up a rules-based approach to trade as China, which is not a member, continues its rise in the region. The US also sees strategic benefit in the TPP, believing that it will cohere member nations closer together with the US, reducing the risk of conflict with China.

It is expected to be months before the final drafting of the document is completed and the US Congress will then have three months to review it before it votes whether or not to support it, possibly making the TPP active early next year. By then the US presidential primaries will be in full swing, and the deal is expected to be swept up in the ferocious political environment.